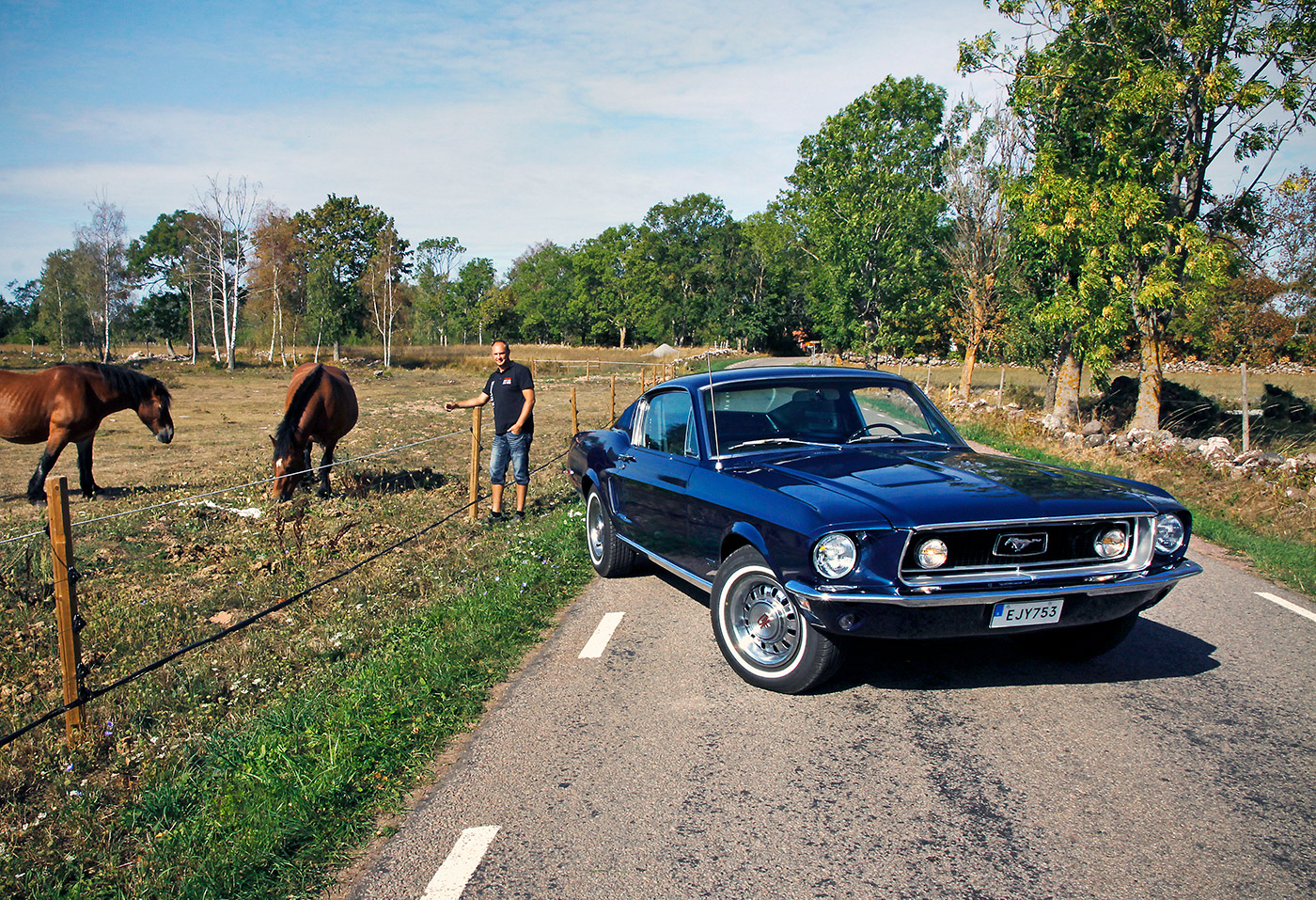 Certainly it is nice to have full control. When you do something from scratch. Find parts and then gently build together to perfection. At least that is what Johan Sturesson from Öland, Sweden thinks.

-    I have always dreamed of a completely restoration on a car from scratch.

And what model is at the top of the list, you have probably already listed by this time 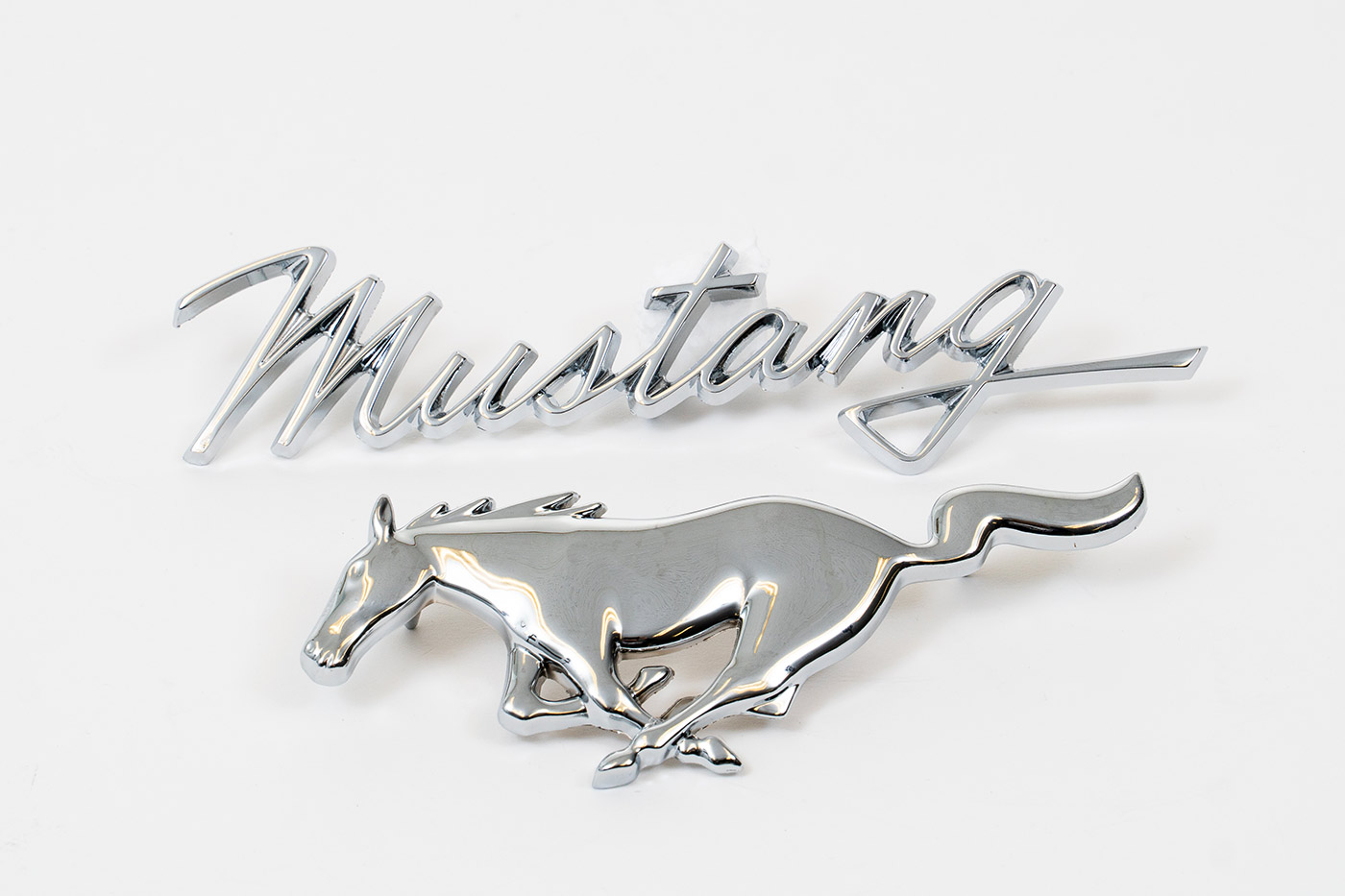 The galloping horse - it still adorns the Ford Mustangs today.

Ford Mustang, an American icon. The first car rolled out of the band in March 1964. But for the speculator, it is important to navigate correctly - the car is in a plentitude of different versions. Everything from 6-cylinder timid ponies to muscular and beautiful wild thoroughbred.

Johan Sturesson chosed the later category when he searched for the perfect garage project.

But the perfect wild horse was difficult to catch, after search in both Sweden and United States, the right project suddenly appeared in the Netherlands.

–    It was a GT from -1968 that i actually had on the radar from Oregon, but that was sold before I had to decide. Now the same Ford Mustang appeared here in      Europe.    No damaged done, Its more easier with a Europe import.

Without hesitation, Johan bought the Mustang. This time no one would have time to buy it prior him! 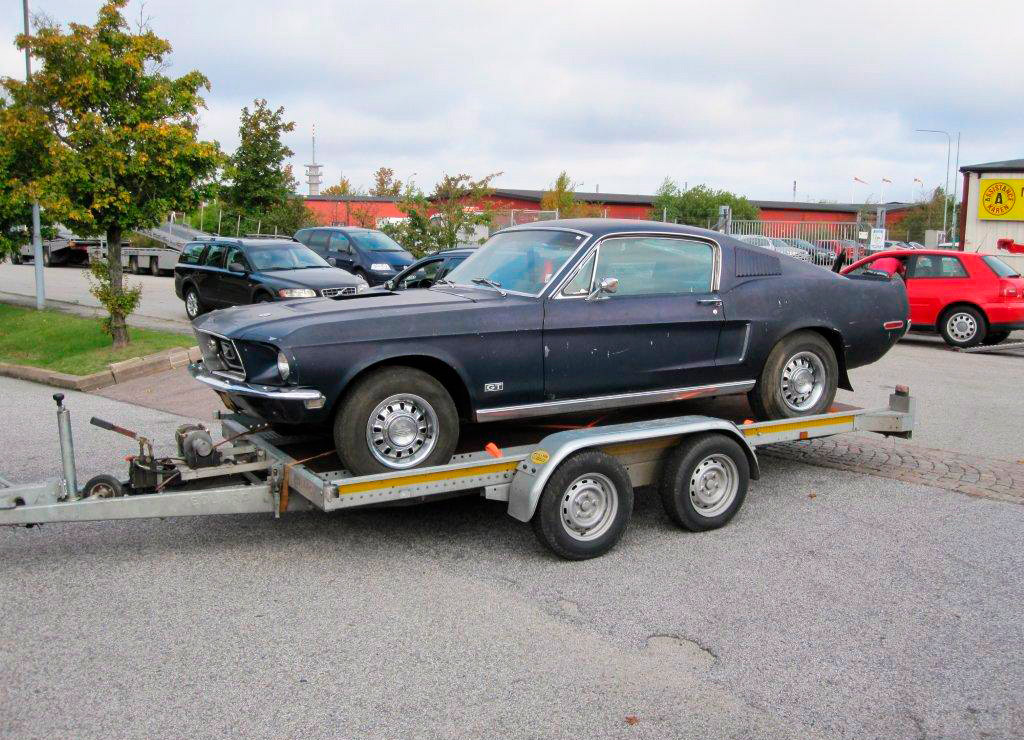 The Mustang arrived to Sweden with truck and this is what it looked like when Johan picked it up.

Soon the car was decommission in its constituents.

– This was my first car restoration and that I chose a Ford Mustang was partly to the fact that i like the model but mainly that its great access to parts for these so-called pony cars.

VP Autoparts i Fristad was very helpful during the restoration.

– Some parts, such as carburetors and things that are not new production, have been ordered from the USA. All other parts are purchased in Sweden. The package from VP Autoparts arrive the next day wich is good when you are in the middle of screwing and want to have the parts fast, Johan explains. 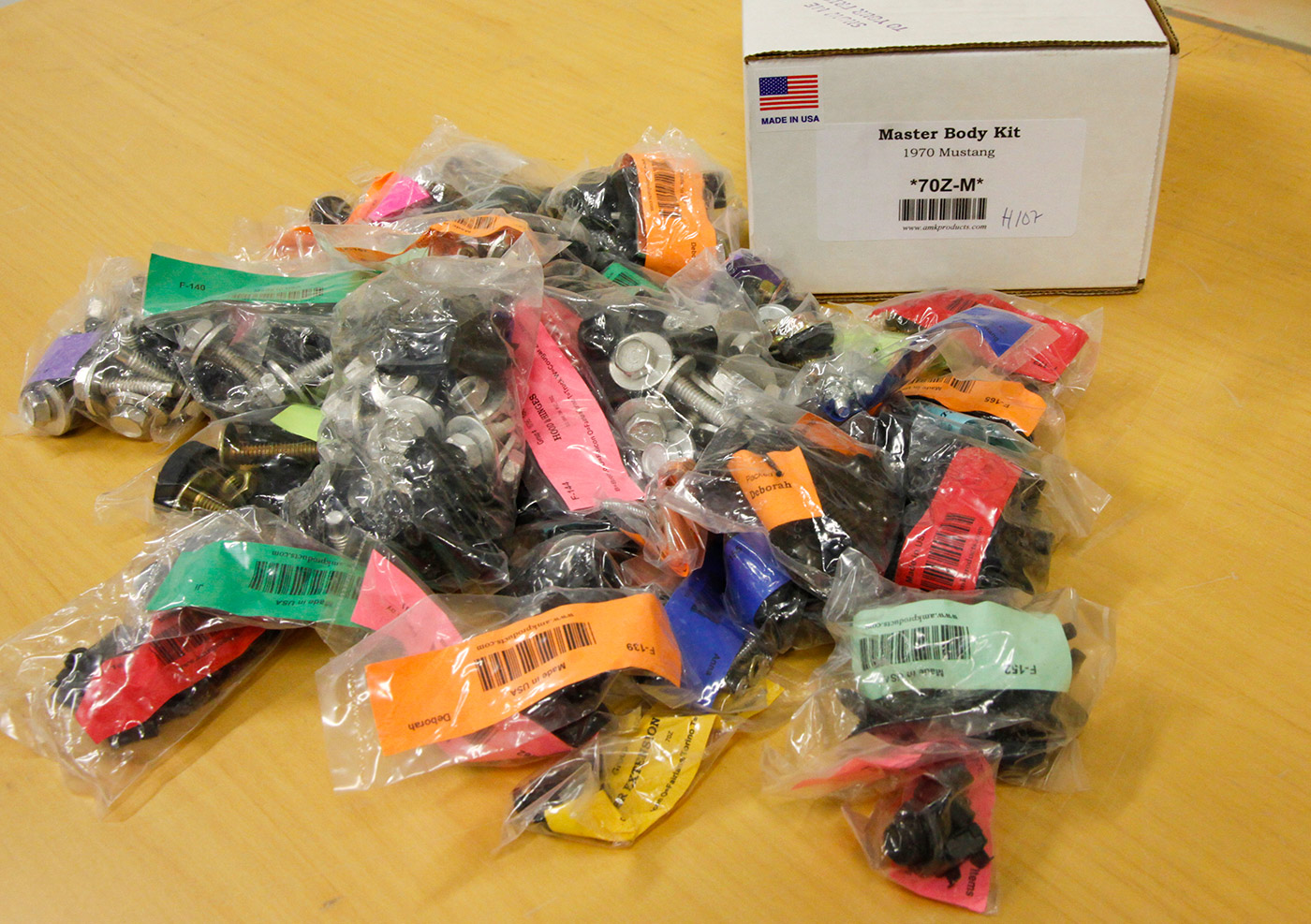 The bolt kit facilitated the renovation very much. All screws and nuts are included and also have the correct marking.

Another advantage of buying the parts from a Swedish company is if its for some reason would be wrong.

– It is no fun to send the parts back all the way across the Atlantic. 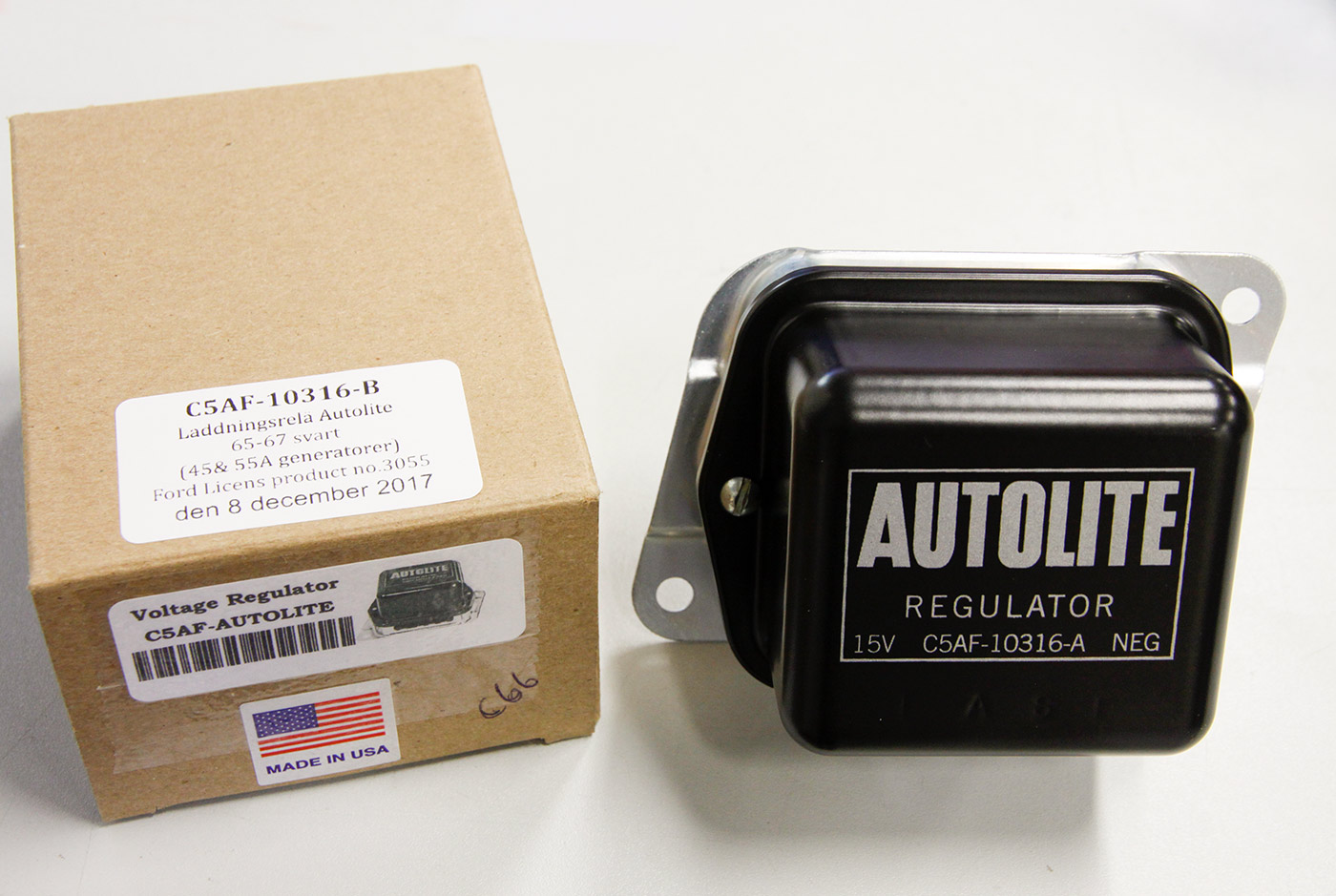 Today lots of parts are being manufactured for the Ford Mustang. Charging controller with correct Autolite-Logo is just one of the all the items that are stocked at VP Autoparts.

The list of the parts that where changed in the restoration are long. From VP Autoparts Johan bought, among the other parts. Fuel tank, Generator, Door panels, Starter motor and parts for the power steering.

– In fact, the car was close to burn up beacuse of the a broken ignition lock. VP helped me with a new. And i opted for buying a complete electric wiring harness to be in the safe side on the future, says Johan who gone through the car thoroughly during the restoration.

Enging with a extra claw

The varnish was substantially shabby, so it was repainted. Original paint, Presidental Blue. 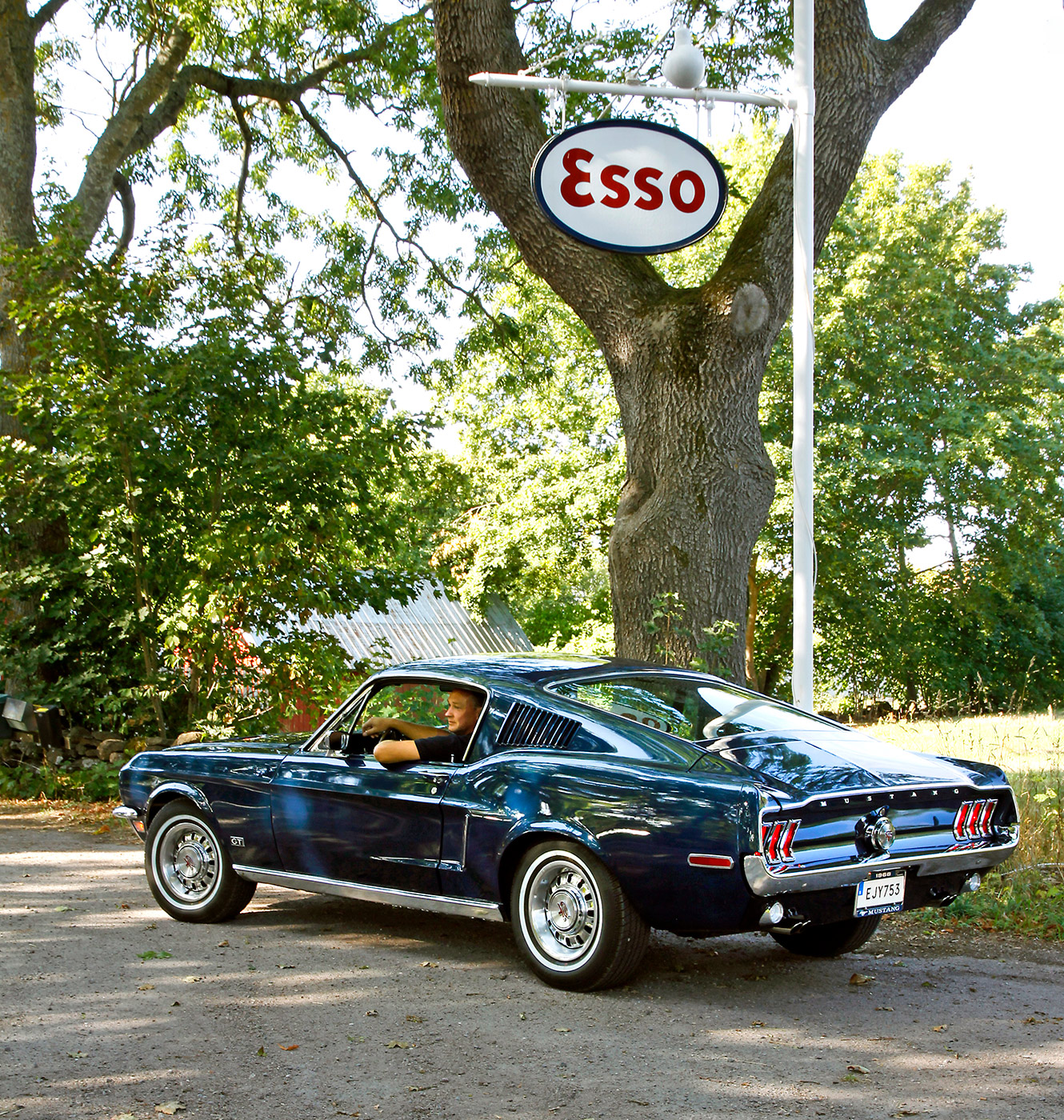 After a complete restoration Johan Sturesson's Ford Mustang is now out on the roads again. The entire story about the Mustang can be find in Bilsport Classic 8-2019.

Johan's Fastback are originally equipped with a V8 of 390 cubic inches.

– This year the Mustang with everything from 6 cylinder engine to big block on 428 cubic inches. My 390 is originally at 335 horsepower but I have put in a slightly sharper camshaft.. 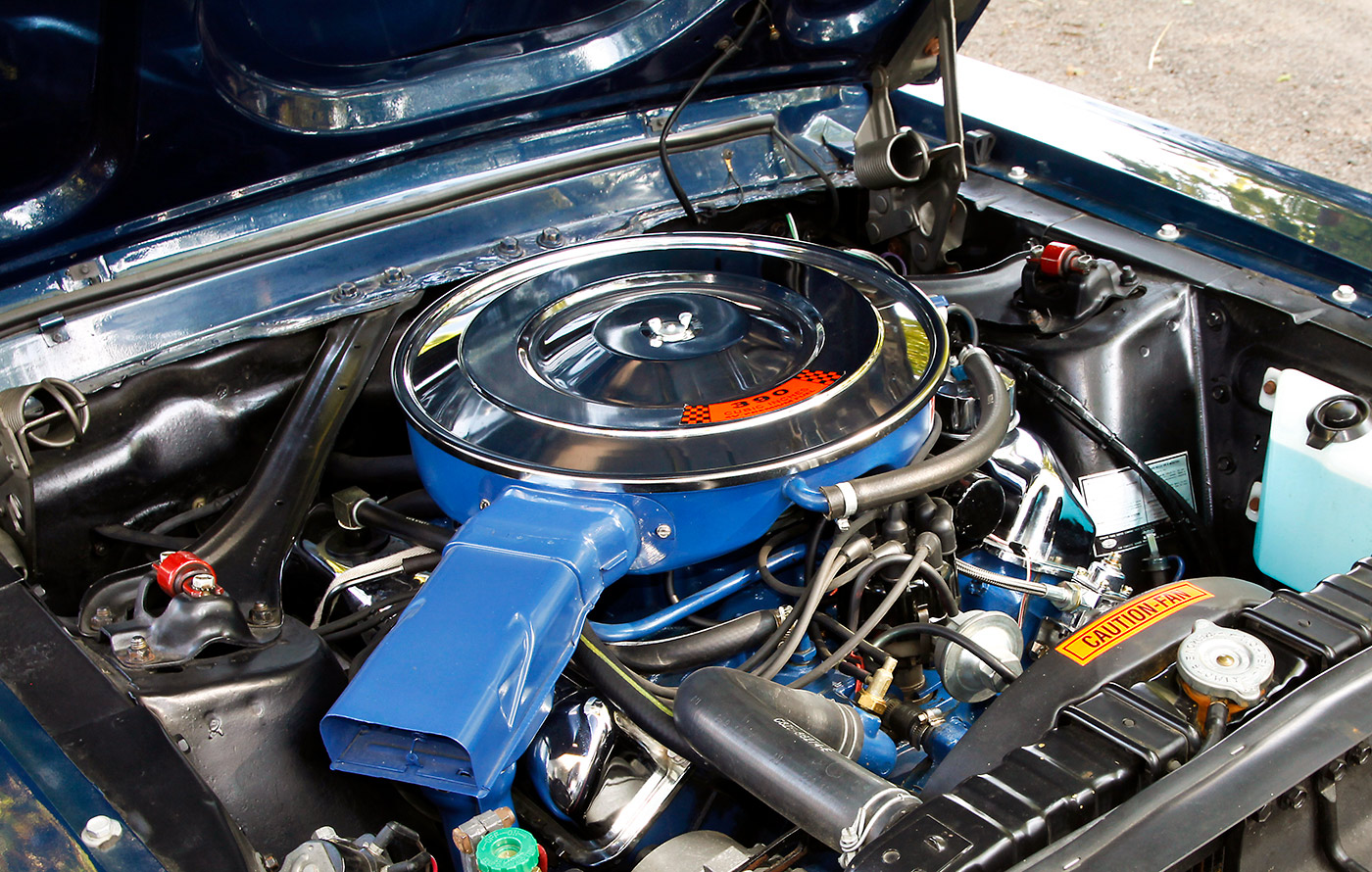 In the well-refurbished engine compartment, a correct 390 machine of 335 horsepowers - at least.

Many hours in the garage it was but now Johan's thorughbred is back out on green pastures.